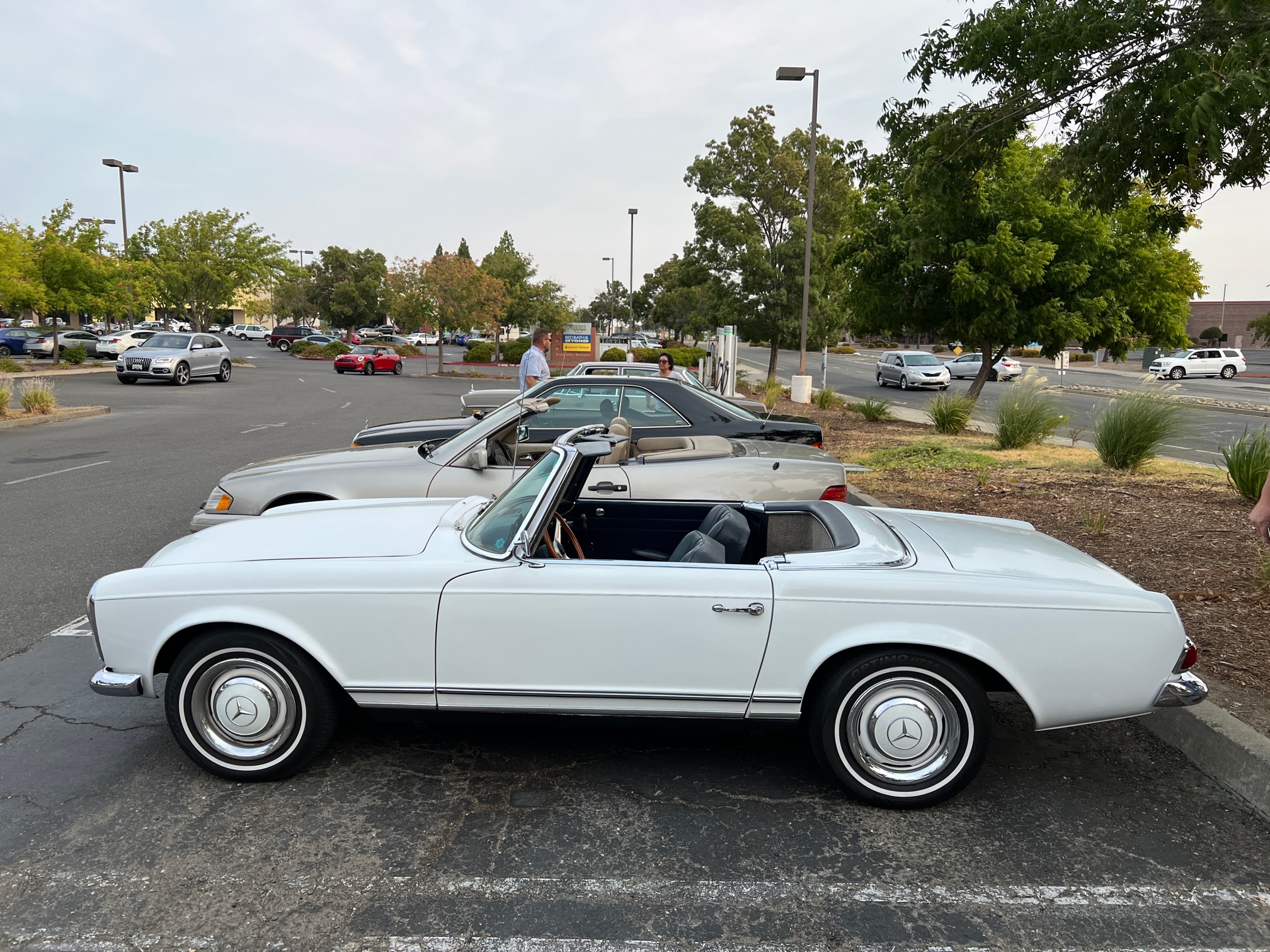 On September 10th, our Section visited a place I found to be one of the most interesting places I’ve been in 30 years of MBCA membership.

And like the fictional Scottish town of Brigadoon, which only appeared in the earthly realm once in a century, this place makes infrequent appearances, in this case, 4 weekends a year.

I had never heard of it, although at least one visitor had, making the 500-mile trek from San Diego to visit.

The only way our host knew of it was that his family lived on about 30 acres near here some time ago.

I’m talking about Sturgeon’s Mill and their restoration project, in Sebastopol, CA. For those 4 weekends, this sawmill from the 1920s comes alive, with various steam engines that powered the endeavor coming to life.

The parking area was full and we weren’t the only car club to make an appearance. There was a plethora of a couple of dozen Model As from pickups to sedans.

The family that owns this ran it commercially until 1963, and has the goal of restoring it to its full splendor.

We had a knowledgeable docent tell us what a commercial lumber mill was like in the early 1900s.

They were designed to be disassembled and moved, when the nearby hills had been cleared of trees. There was no sense of replenishment or ecology in those days.

The mill was always placed at the bottom of the hills to make movement of the fallen trees easier.

In the case of Sturgeon’s Mill, it has been moved once in what became the Sonoma Wine Country.

Much of their product was redwoods. As you may know, there are 2 kinds of redwoods in California, the giant Sequoias and the coastal.

Our docent was saying that the Sequoias were not suitable for lumber, because when these behemoths fall, much of the wood shatters. They did harvest the coastal redwoods.

Work was very hard in those days – much of it with hand-propelled saws – for 10 and 12 hours a day.

I can’t say there was a particular highlight, but the main sawmill, with its propulsion under the deck, was my favorite.

The visit culminated in a wonderful outdoor lunch in the forest, accompanied by a live band.

My thanks to Kris Summitt for arranging this. 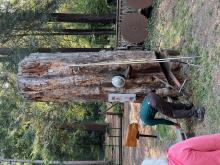 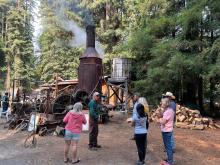 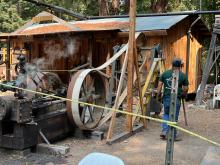 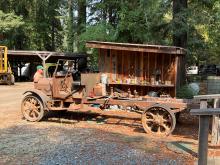