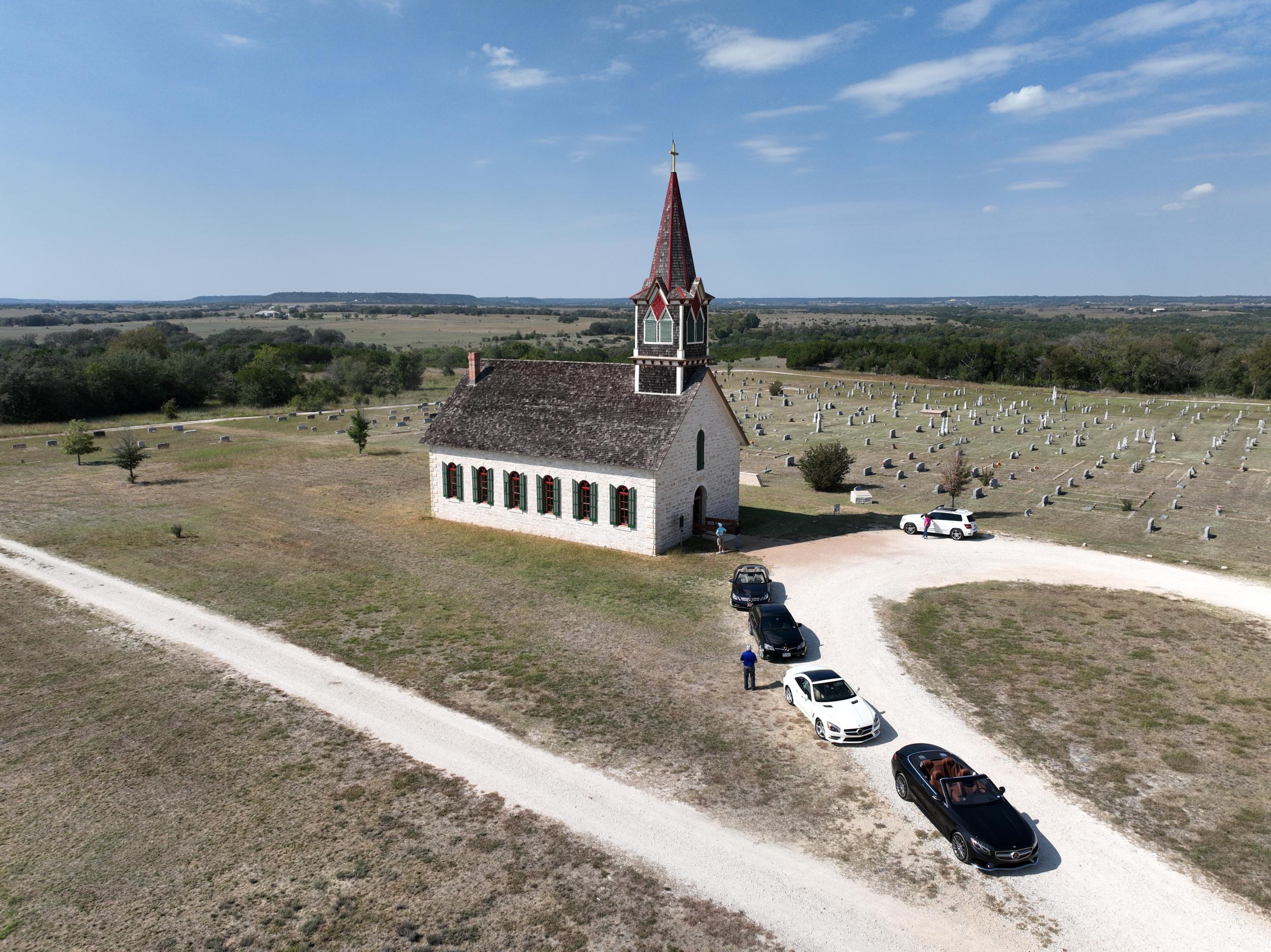 Fourteen folks in 7 cars joined us for a trip to Norse, which was a bustling settlement of Norwegian immigrants in Bosque County.  Once numbering thousands, only about 100 widely-dispersed people remain in this community today.

We had a country buffet lunch at Johnny's Place in Clifton, stopped at the historic Ringness House Museum, and then visited two beautifully preserved, historic churches and their adjoining cemeteries.

The restored Ringness House was the home of early Norwegian pioneers Jens and Kari Ringness.  Worship services were held there before Our Savior’s Lutheran Church was established.  A monument was erected in 1931 at the site of these services.  Also on the property is the blacksmith’s shop where Ole Ringness invented the disk plow.

Our Savior’s, Lutheran Church, also known as the Old Norse Church, is still in regular use today.  Cleng Peerson, "The Father of Norwegian Immigration," is buried in the cemetery adjacent to the church along with other notable pioneers.  This area was visited by King Olav V of  Norway in 1982 to commemorate the 200th anniversary of Cleng Peerson's birth.

The second structure is the newer but arguably more famous St. Olaf's Kirke, also known as the Old Rock Church.  The church was built to accommodate the movement of settlers west, but is no longer in regular use due to the demise of its congregation.  The subject of several Country & Western songs, it is now a venue for weddings and other special occasions.

Many thanks to Mark Varhaug, president of the Norwegian Society of Texas, his wife Elizabeth, and guide Laurie Aars, who shared their historical perspective on the Norwegian community in Bosque County and on the venues we visited.  Thanks also to members Hugh & Ana Graves for their wonderful aerial photos. 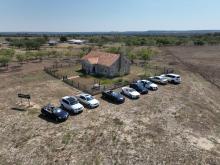 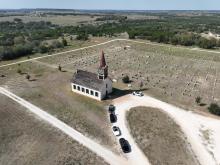 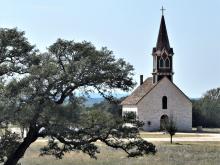 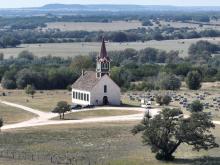