MBCA-SFBA Oktoberfest and Celebration of Life 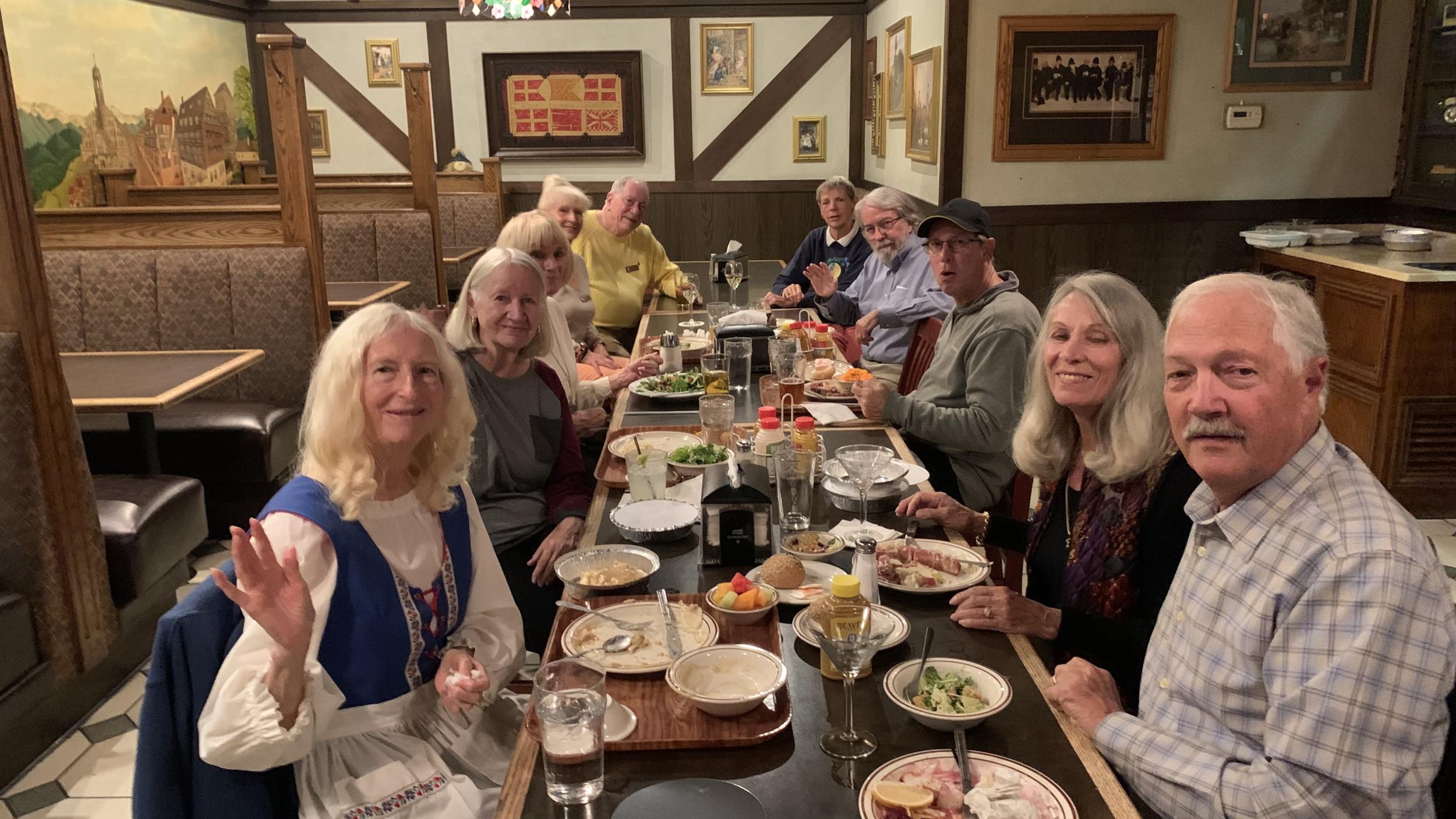 MBCA-SFBA Oktoberfest and Celebration of Life

On October 22 our SFBA MBCA Section celebrated the life of an extraordinary man and long-time member of our section, Sandor Drobilisch. It was held at Harry's Hofbrau in Redwood City, an entirely appropriate venue since Sandor loved Oktoberfest and had hosted us there previously.

Sandor passed away in June at the age of 91, having lived a long fulfilling life with accomplishments most of us could only envy. Born in Hungary, he and his family were forced to escape from the Communist regime and sought political refuge in the United States in 1957. Having traveled by ship and train, he was able to arrive in Sunnyvale, where despite knowing no English, he landed a machinist job with Hewlett-Packard within 3 days of arrival! He had many employments throughout the years in
Silicon Valley, had a patent for one of his inventions, and his own company Sandor Engineering. He met his American wife Lindsay and they were happily married for over 50 years. Among his many avocations were building his own boat and house, skiing in the Sierra, winemaking, and not the least, he was a decades-long Mercedes-Benz aficionado. He was our club storyteller, photographer, historian, and archivist.
At the celebration, his friend Nina Roodman had assembled many mementos, photographs, and a slide show, highlighting his amazing life.

Approximately a dozen of us in the club attended, shared memories, and chowed down on the bountiful Harry's Hofbrau buffet.